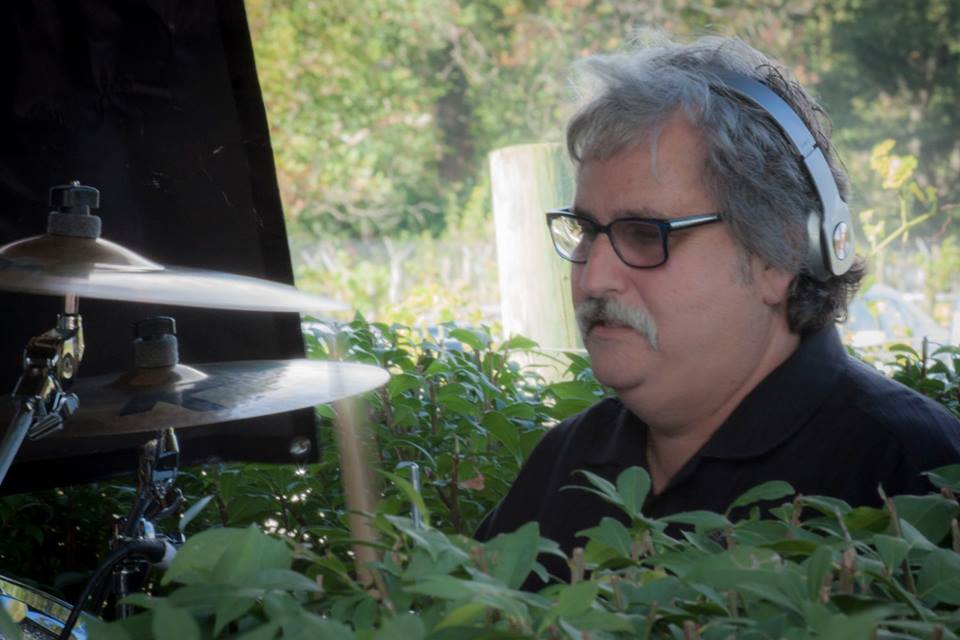 Danny Ahler joined Apple late in the year of 1971 when original drummer, Kent Scott left the band.  He remained the drummer until the final phase of the band in 1974.  He took a break from local bands until August 1976 to tour with the international stage show of Up With People, where he was the European’s cast percussionist for a year and a half.

In 1977, after his stint with Up With People, he returned to Frankfort to be reunited with ex-Apple members, Grant Sudduth and LeMoyne Pilcher in LeMoyne’s new band, Cinch.  They toured eastern and southern United States until he left the band in 1978 when he started working with the state in IT.

In 1981, he became the drummer of Harris Howard’s band, Lush Pyle and the Carpets.  That stint with Lush Pyle lasted until 1985. Danny took a break from playing music until a friend, Chip Feck, formed a Praise and Worship band and asked him to drum.  That lasted for two years.

In 2009, past members of Apple, Bobby, Grant and Dan, started playing Christian music with members of Graefenburg Baptist Church on several occasions until about late 2011.  In February of 2012, they decided to reform Apple as a three piece band playing the same material that they played in the 70’s but with a major influence of ELO.  Thus Apple was reformed as Beyond Apple.  “After all,” says Dan, “We are now beyond years of the original band, Apple.”

Dan performed with Beyond Apple until January 2021. Sadly he passed away from Covid.

You’ll be forever in our hearts and minds.  Rest in peace, buddy.